I really love this piece of art

Nelli’s definition of freedom: the ability to stay grounded in your beliefs while pursuing your passions and interests.

I was working on my book last night and I was so focused on one idea, and frankly was getting really irate. One of my family members asked me what was going on so I explained it to them and they said “Well why don’t you just do this…..” uhhhh why didn’t I just think of that an hour ago myself. Moral to the story? If someone offers you help in something you are stuck on….listen because you never know what fresh eyes will bring to your attention. After all, advice from people who read can be priceless little gems. The answer was really so simple I was kicking myself in the butt.

On that note my w.i.p Reborn is coming along slowly. I am really pleased with what I have so far. Still trying to find a way to manage my time effectively so I don’t spend it all in one place (damn those two papers for school that still need to be done).

I know, I know it is only a short collection of some of my poetry, but the feeling I have from publishing it into a book is unlike anything I have ever experienced. I used this experience as more of a practice run so I could really see what the process was going to be like when I self publish my novel. Still….this feeling is unbeatable 🙂

Much love to you all who have given me great feedback and constructive criticism.

In this moment with you

Of all the things

A parting of ways

A parting of love

A love that will

But will never grow

Sometimes I get frustrated that I never seem to have enough time to sit down and write or edit anything. Then there are other times when I know everyone will understand that some things are just more important sometimes 🙂 Thank you all for following through my busy schedule ❤ 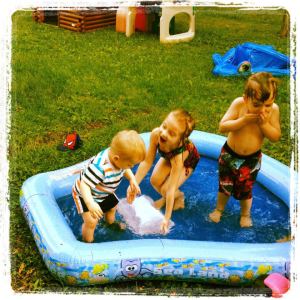 The smell of delicious pot roast brought Elise back to reality. She was ravenous, how long had it been since she had a good meal? She usually just ate something at the bar, or waited until she got back to the motel and ate something simple. This was definitely what she needed to cheer her spirits after the disappointment of the apartments she looked at today. Margie laid the food in front of her, “Pot roast, mashed potatoes and gravy, a biscuit and some milk. I know my comfort foods”, she winked at Elise and patted her stomach.

“Are you really going to eat that?” John asked as he sneered at her from across the oak dining room table. She put her fork down and looked at her plate and then back at him. “No, I’m not, you are right I don’t need to eat this much food”. She picked up her plate and excused herself from the table sneaking tiny bites of food into her mouth before she scraped her plate in the garbage. What a waste of such a delicious Chicken Alfredo. She had spent a fair amount of time making it, seasoning the chicken just like he asked her to. She knew she wasn’t fat, if anything she was too skinny. It seemed like she wasn’t allowed to eat anything these days.

As Elise stared at her plate she pushed this memory out of her head, she took a huge bit of the moist pot roast. It melted in her mouth and exploded with flavor. She wished she could cry out “Take that!! You asshole!” but she was pretty sure it would draw some concerned looks her way. She wished she could afford to eat here more often. She beckoned to Margie to come over to the booth, “Everything alright dear”? Laughing quietly under her breath she said, “Yes Margie, I was just wondering if I could get another roll.” Margie was only too happy to oblige her. Could this be what freedom tasted like?